Louis Sahagun, Los Angeles Times, writes that, the Marine Corps is gearing up to airlift 1,185 desert tortoises from prospective combat training grounds to nearby terrain where they won’t be crushed by military equipment.

One of the largest translocations of tortoises ever to be undertaken is expected to launch this month as mitigation for congressional approval to expand the Marine Corps’ Air Ground Combat Center by about 165 square miles, much of it prime habitat.

California’s environmentalist community isn’t happy with the move. It seems they would prefer to leave the territory for the tortoises, than have the Marines conduct their Air Ground combat training.

While everyone is entitled to their opinion and viewpoints, what was most surprising was that the tortoises have their own lobbying group. Here is what they had to say:

“I wish the U.S. Fish and Wildlife Service would get some backbone and say it can’t permit another tortoise translocation by the military,” said Glenn Stewart, a biologist and member of the board of directors of the Desert Tortoise Council conservation group. “The situation makes us feel like we’ll have to write off California’s Mojave population.”

William Boarman, a wildlife scientist and expert on the desert tortoise, said relocation “is not a conservation strategy or a means of helping tortoise populations grow. It is simply a way of moving them out of harm’s way.” 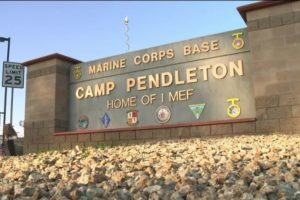