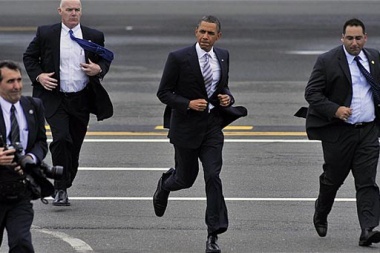 Secret Service on The Hunt For Hispanic Agents

He is looking for more Hispanics to join the 149-year-old agency, which is known primarily for protecting the president, vice president, their families, foreign dignitaries and the nationâ€™s financial infrastructure.

The agency has approximately 6,000 employees nationwide ranging from administrative professionals to special agents. As of January, only 7 percent of its approximately 4,400 sworn agents and uniform division officers were Hispanics and officials say they want to increase that, though Jorif said there are no specific recruiting target numbers.