An analysis by the San Diego Union-Tribune found that single-family homes serviced by the city’s water department were collectively overcharged by over $2 million last year. An internal audit of the Public Utilities Department was done after several customers started complaining last year that their water bills had increased dramatically, but authorities downplayed the situation. The audit found that customers received at least 2,750 incorrect water bills in 2017. In an email sent to the San Diego Union-Tribune, city spokeswoman Katie Keach stated the following regarding the results of the audit,

The mayor is outraged about many things he’s learned from the audit. Internal controls and employee oversight have been lacking, and that is changing.

The audit stated that the incorrect bills generated last year were mainly the result of inaccurate readings recorded by the city’s meter readers. The audit also revealed that meter readers had widespread access to supervisor codes intended to prevent things such as curbside reading where employees enter in false numbers without leaving their vehicles to rush through their daily workload. The device that the meter readers use will lock up if he or she repeatedly enters a reading considered to be too far out of line with a customer’s past usage, which is where the supervisor codes come in handy to bypass the device lock. Apparently, the city has compensated customers for the overcharges that stretched at least until earlier this year, but it didn’t provide an exact amount. Hopefully the city is able to fix this issue and find a way to prevent it from occurring again. 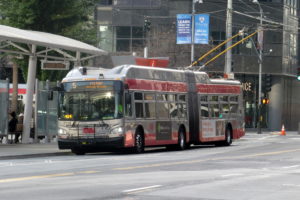 The California Department of Motor Vehicles is having more issues[...]