A bizarre story is coming out of San Diego County, where apparently, a gas station attendant refused to serve Customs and Border Patrol (CBP) officers a couple weeks ago. According to the Blue Lives Matter website, five officers stopped at a Shell station on San Ysidro Blvd. near Interstate 5 to fill up when the attendant suddenly cut off the gas. The website also reported that the attendant had told the CBP officers “We don’t typically serve CBP here” when they were in the gas station’s convenience store. The attendant is a 19-year-old woman named Alexis, who stated that she made a comment about not serving CBP officers out of frustration over her negative interactions with CBP officers in the past. Alexis stated,

He asked me if I got anybody’s name down and I said no because sometimes they don’t really show their names, or I don’t really look. He asked me for next time if I could just write down the names of the officers … I told him thank you for being so nice about it and he said thank you for serving him and he left.

However, according to her, she didn’t turn off the pump on the CBP officers. A spokeswoman for CBP named Jackie Wasiluk stated that the agency is aware of the allegations and is investigating. Alla Alagha, the station’s assistant manager, said the station’s owner is reviewing the footage and would be handling it internally with the employee. Apparently, Alexis is a part-time worker and had only been working a few weeks at the gas station. Shell Corporate said it would be contacting the station’s owner and is taking the issue seriously. We will have to wait and see what will happen after the investigation into this alleged incident is concluded. 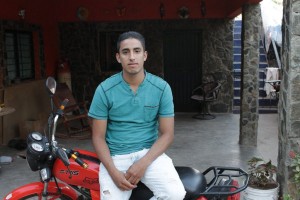