In November, a bill focused on “H-1B dependent” companies passed the House Judiciary Committee that would raise the minimum salary for H-1B holders from $60,000 to $90,000. H.R.170, or the Protect and Grow American Jobs Act, was introduced by California Rep. Darrell Issa, (R-Vista) in January and it hopes to reduce the number of foreign workers using that visa program in the United States. The bill also requires companies to send detailed reports to the Department of Labor about efforts to recruit American workers, including how many apply for jobs and the reasons they are not chosen. Rep. Issa stated,

Unfortunately, loopholes in the program have allowed a small handful of employers to game the system to displace American workers, and crowd out others who legitimately need the limited slots … to recruit individuals with unique skill sets not available here at home.

A company is considered H-1B dependent if 15 percent or more of its workforce are H-1B holders. According to an analysis of 2016 Department of Labor data by Reuters, Facebook is the most prominent company in the Silicon Valley that is considered H-1B dependent. Rep. Issa’s bill is the first substantial effort to change the H-1B program through legislation. The bill is now waiting for a vote by the House. It is not yet known if other visa programs will be targeted by Congress, or if companies that use H-1B workers will be persuaded to hire more American workers. 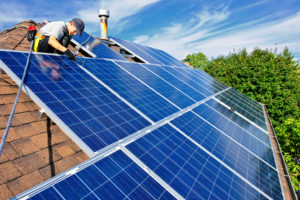 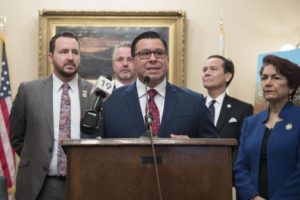 Last month, a proposed bill was introduced by a bipartisan[...] 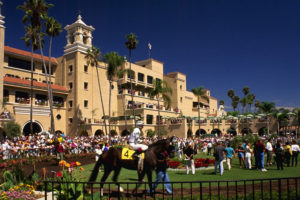