In late December, a class action lawsuit was filed in San Diego federal court that alleges that immigrants at Otay Mesa Detention Center are paid at most $1.50 per day, and sometimes not paid at all, for their work. The lawsuit further alleges that the facility doesn’t provide all of the basic necessities that detainees need for daily life, which means they have to work in order to buy those items at the commissary. The detention center is run by CoreCivic, which contracts with the government to operate the facility. Korey Nelson, partner at Burns Charest, stated,

Our complaint alleges CoreCivic illegally enriches itself on the backs of a captive workforce.

The lawsuit also alleges that facility staff threatened to put detainees in solitary confinement or take away visitation rights if they said they didn’t want to work. Otay Mesa Detention Center holds detainees in the custody of U.S. Immigration and Customs Enforcement (ICE), the agency responsible for those with pending cases in immigration court. The lawsuit argues that immigration court is a civil court system, not a criminal one, which means that, unlike people in jail or prison, those going through the immigration court system cannot be detained as punishment. The lawsuit also argues that CoreCivic is breaking state and federal human trafficking laws by creating conditions where detainees feel forced to work and paying far less than minimum wage.

ICE has authority to detain someone only if the agency believes that person won’t show up in court or if the agency suspects the person would be dangerous to society if released. According to ICE’s detention standard, detainees don’t need work beyond making their beds, stacking loose papers, keeping the floor free of debris and refraining from hanging items from lighting fixtures and furniture is voluntary and should be compensated by a minimum of $1 per day. There are also other lawsuits with similar allegations that have been filed against private prison companies that operate immigration facilities in the states of Colorado and Washington. We will have to wait and see what the verdict is in the case in California. 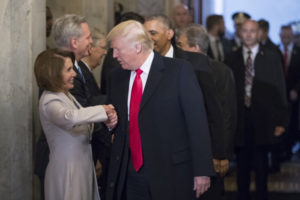 Congressman Rand Paul:Â Iâ€™m in favor of immigration reform. ... After[...] 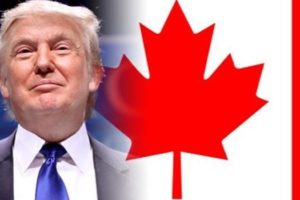