Might you want to vilify a company, ban their product from the marketplace or force them to re-label a chemical as cancer causing so you can sue the hell out of them?

WHO did, so now you can too.

The World Health Organization’s (WHO) International Agency of Research on Cancer (IARC) published a list of individuals who apparently are willing to receive scientific reports, studies, and clinical assessments, delete the items they don’t like, and classify the ingredient in the world’s most widely used weed-killing agent, RoundUp® as a probable human carcinogen. And the best part is that they kept their mouths shut — they won’t say who, how or why the data and science was changed.

Their callous disregard for science and accuracy means, if someone wants to take the lawsuit route and sue the hell out of RoundUp’s manufacturer and potentially make millions, you can hire Charles Jameson, an American toxicologist who will testify on your side in court for personal-injury lawsuits.

When Charles gets on the stand, he won’t say who, why or for whom the edits were made by IARC, or even that edits were made. If the media calls to ask him, you the plaintiff can be sure that good old Charles won’t return calls – he’s got their back.

Scientists like Charles operate under the ancient Sicilian code of honor known as Omertà. They know the importance of silence, non-cooperation with authorities and non-interference means big payoffs. 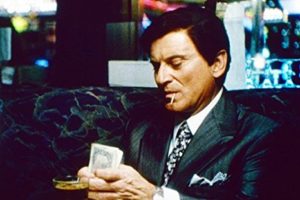 When they see someone erasing some sentences in a scientific study that said sodium glyphosate — RoundUp’s key ingredient — originally described the weed killer as “non-cancer causing,” or changing it to say glyphosate is “significantly causing cancer,” they will adhere to Omertà, look the other way, and keep their mouths’ shut.

So forget about the science. If you want an outcome, go and buy one. It might cost you a few dollars, but imagine the millions you can make wrongfully suing companies and forcing manufacturers into court to defend themselves.

As an example, just look at the IRAC’s draft report. It’s clear that the outcome of a rigorous scientific study of the weedkiller was significantly edited when the report was finalized and made public.

Kate Kelland at Reuters reports, that when comparing the research finding and the final report of glyphosate, a key ingredient in the weed killing product of RoundUp, someone or some people removed multiple scientists’ conclusions that their studies had found no link between glyphosate and cancer in laboratory animals:

In one instance, a fresh statistical analysis was inserted – effectively reversing the original finding of a study being reviewed by IARC.

In another, a sentence in the draft referenced a pathology report ordered by experts at the U.S. Environmental Protection Agency. It noted the report “firmly” and “unanimously” agreed that the “compound” – glyphosate – had not caused abnormal growths in the mice being studied. In the final published IARC monograph, this sentence had been deleted.

When Kelland asked why significant changes and deletions were made between the draft and published version of IARC’s glyphosate assessment, they were met with an Omertà-like response:

IARC did not respond to questions about the alterations. It said the draft was “confidential” and “deliberative in nature.” After Reuters asked about the changes, the agency posted a statement on its website advising the scientists who participate in its working groups “not to feel pressured to discuss their deliberations” outside the confines of IARC.

Reuters contacted 16 scientists who served in the IARC expert working group that conducted the weedkiller review to ask them about the edits and deletions. Most did not respond; five said they could not answer questions about the draft; none was willing or able to say who made the changes, or why or when they were made.

The chairman of the IARC sub-group tasked with reviewing evidence of glyphosate’s effect on laboratory animals was Charles Jameson, an American toxicologist. In testimony as part of subsequent personal-injury lawsuits against Monsanto in the United States, Jameson told lawyers for Monsanto he did not know when, why or by whom the edits had been made.

What Charles did was keep his mouth shut, after WHO’s IARC was found cooking the report’s conclusion from not-cancer-causing to significant-risk-of-causing-cancer. 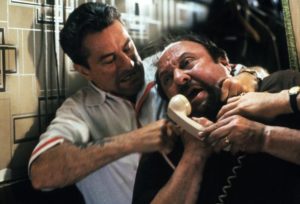 After numerous attempts by Kelland, IARC issued a statement that the draft versions “are deliberative in nature and confidential.” In other words: we are not going to tell you who, what, where or why we edited scientific findings, and we’re not going to retract our report.

Numerous national and international agencies have reviewed glyphosate. IARC is the only one to have declared the substance a probable carcinogen. Compared with other agencies, IARC has divulged little about its review process. Until now, it has been nearly impossible to see details, such as draft documents, of how IARC arrived at its decision.

It apparently does not matter that the entire international risk-hazard assessment community reached the opposite conclusion that the consensus of scientific research agreed that glyphosate did not cause cancer. For IARC’s “scientists,” scientific facts take a backseat, and the desired outcome is king.

(The California Office of Environmental Health Hazard Assessment recently added sodium glyphosate to its Proposition 65 list of known or probable cancer-causing agents, based entirely on the falsified IARC classification.)

Hector M. Barajas a nationally recognized expert on Latino politics and public policy issues, he serves as an on-air political analyst for Univision and Telemundo. Hector is also a partner at Merino, Barajas & Allen, a California strategic communications and public affairs firm. The heavyweight punch is the most powerful weapon in sports.[...]